It’s a nice place to visit.

( oh come on, you knew that pun was coming) 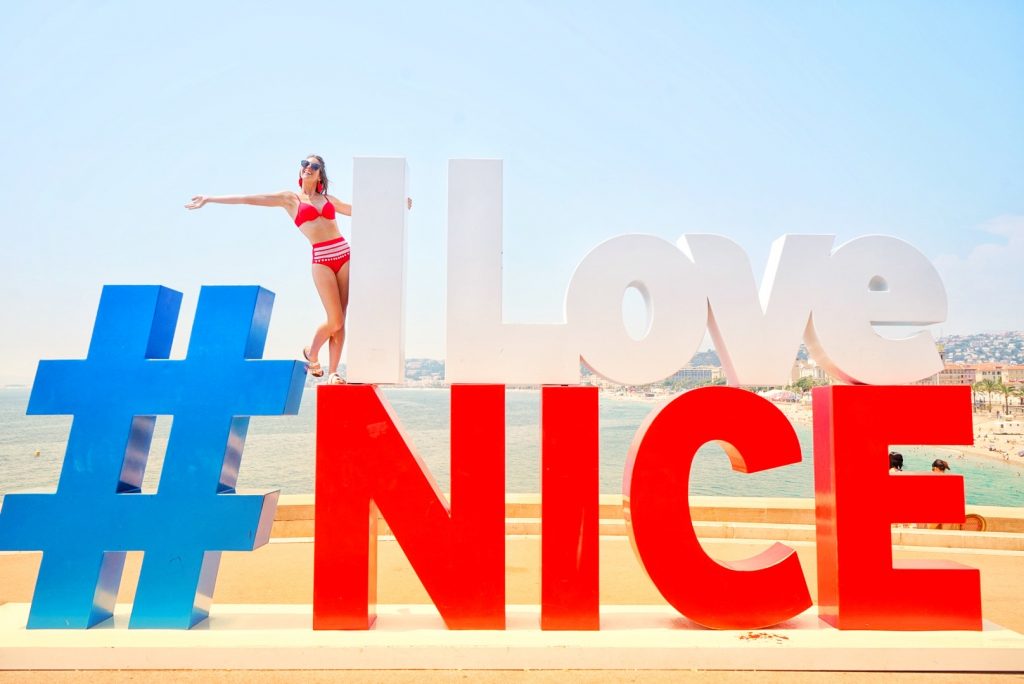 During our epic three week backpacking trip through Europe, we of course had to stay in the city that was the root of the whole trip. Nice, France; the home of the 2019 Ironman Triathalon. Phillip and I had trained day and night for this, and by trained; I mean we trained to watch and support while our friends Tom and Tara actually competed.

Nice is a stunning city situated right on the French Cote d’Azur with culture and delicious food waiting for you. This may be an unpopular opinion but Phillip and I enjoyed Nice more than Paris (i’m sorry!!) It was a city without being too touristy (and that was with a gigantic event happening too), it was remote enough that you actually got to experience France  and it’s people. 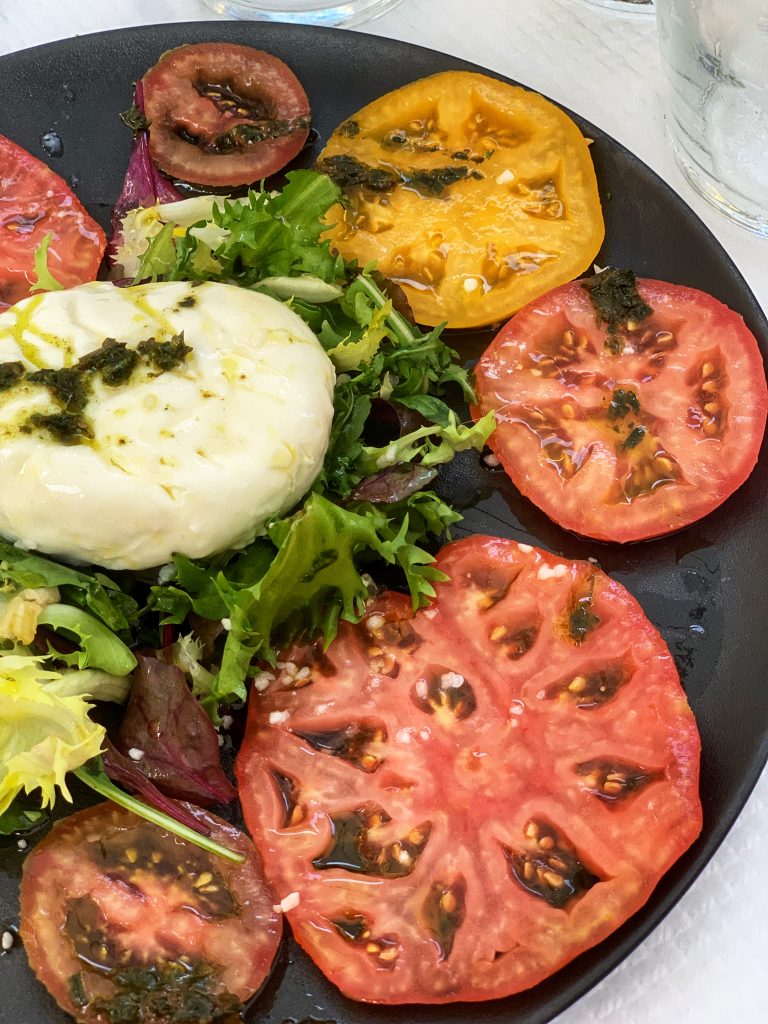 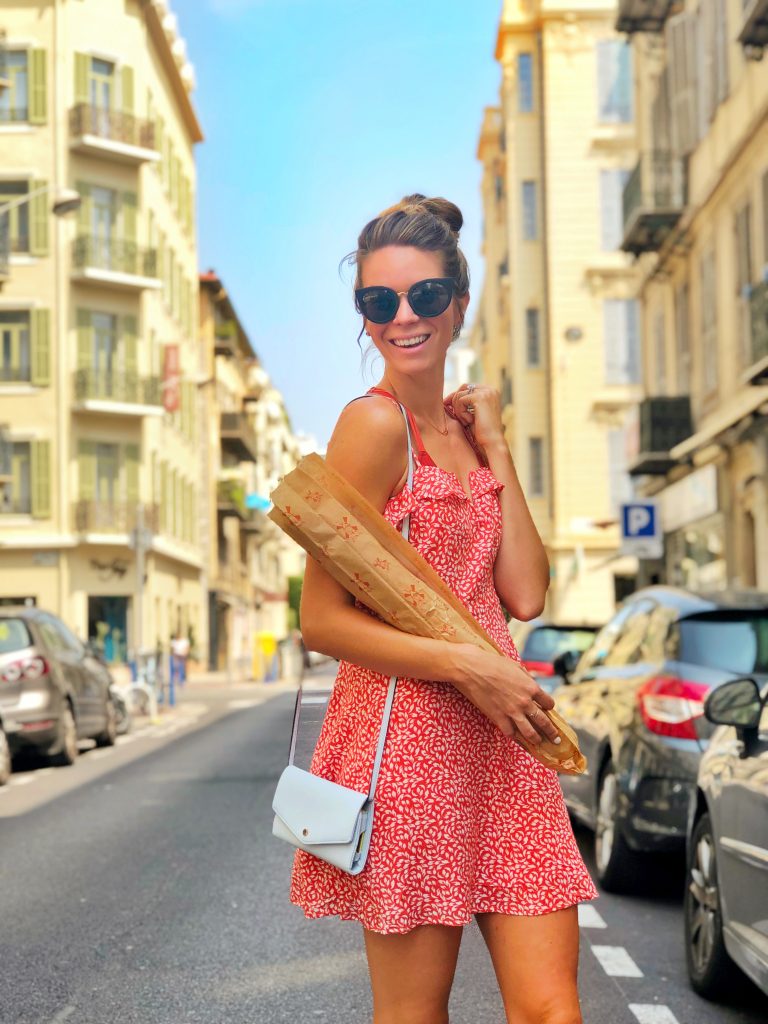 While traveling in Europe can be spendy, Nice was no exception. Food was pricey; but so worth it. AirBnb’s were the best way to go as we bunked with Tom and Tara and his parents in an adorable and affordable two bedroom apartment just streets away from the start line of the Ironman. There were plenty of markets all around to go grab fresh baguettes and fruit to snack on. To our joy, we had to purchase exorbitant amounts of sweets for the competitors (apparently they needed quick energy for the night before and days leading up to the race) which meant trying all the delicious goodies France had to offer. Our favorite were Kinder Buenos by FAR. To this day, I still crave them.

While most of you won’t be visiting during an Ironman, i’ll fast-forward through that part and hit the highlights. Tom and Tara killed it, they started and finished as a couple and we were so proud of them. That Ironman was held during record heatwaves across the globe, and somehow they did the whole thing with smiles on there faces. Watching them go to the start line at 4 am; Phillip and I were like nervous parents, dropping our kids off at day care for the first time (lol). They had trained for this day for 9 months; it was an extremely emotional and exciting day for all of us. 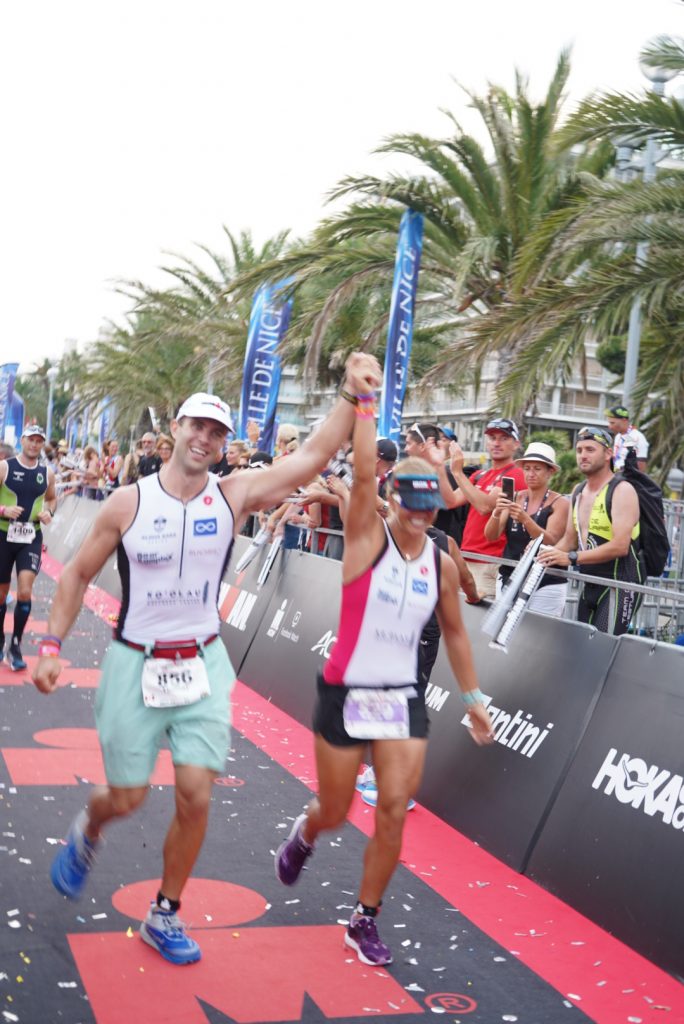 What did we do the entire day while our friends were swimming hundreds of meters, running a marathon and biking a bajillion kilometers in the boiling summer sun?? Well, we had an adventure!

We hopped on an open air tour bus that took us through the city and showed us more of the notable and historic parts of Nice. Spoiler alert: lots of old buildings and museums; I don’t remember the rest because we were ridiculously hot and had woken up at 4 am so I was asleep in about 10 minutes. I apologize for not being a wealth of knowledge on the history of this beautiful city.

We visited the open air markets along the shore line where you can get everything from fresh produce to fresh cut flowers and trinkets. The coastline itself, is of course; everything you would want from the French Cote d’Azur. Blue and white striped umbrellas peppering the rocky beaches with blue waves crashing onto the coast. It’s absolutely beautiful and was oh so refreshing on that 103 degree day. It was a bit tricky to get a good photo with all the security for the Ironman along the coast, but this gives you a general idea of what it looks like! 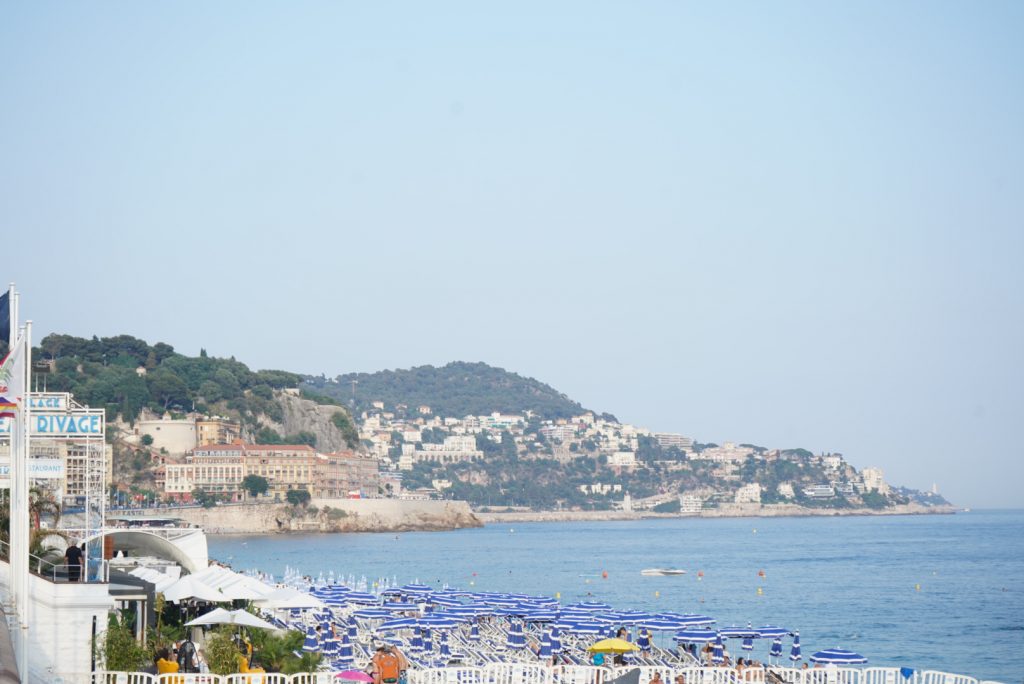 One thing to keep in mind, most beaches in France are clothing optional. We were aware of this coming into Europe but still were caught off guard the first time we saw a stark naked old dude sunning himself. I mean, good for you for being confident! That is one thing I love about visiting other countries, you just never know what you’re going to get and you learn something new everyday about different cultures. It’s really never ending.

Let’s talk about food for a hot second, it was delicious. The freshest tasting tomatoes and spices I have ever had in my life were in Nice. Remember, we went to Italy right after this and I STILL stand by that statement. For the life of me I cannot remember the name of the restaurant we ate at but we went there every night, it was that good. They had the freshest shrimp atop butter and garlic tossed pasta, a mozzarella caprese salad that makes my mouth water just thinking about it. A personal pizza flatbread with marinara sauce so thick and fresh, it blew my freaking mind. Long story short; it was amazing and we didn’t have a single meal that was disappointing. One tip: you have to pay for water in Europe; it’s not included like it is in the United States. With the 103 degree weather, we were begging for all the water could could get our hands on so save yourself some money and bring a water bottle with you! **Insert Ron Swanson voice: “bring me all the water and ice you have, please and thank you” 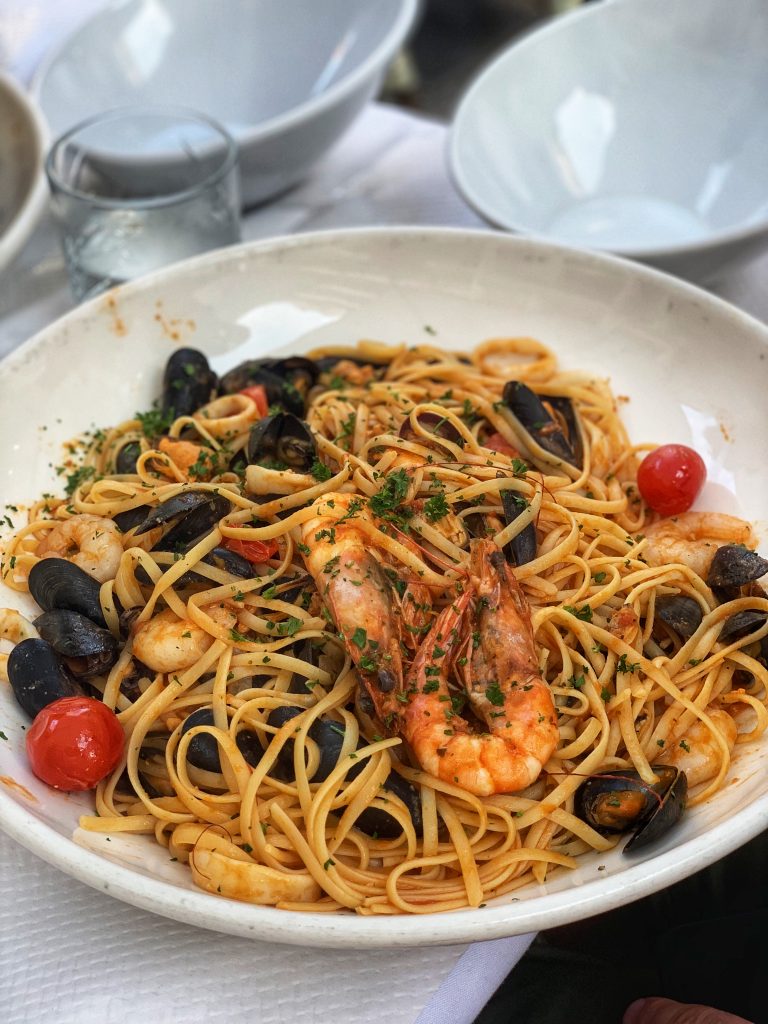 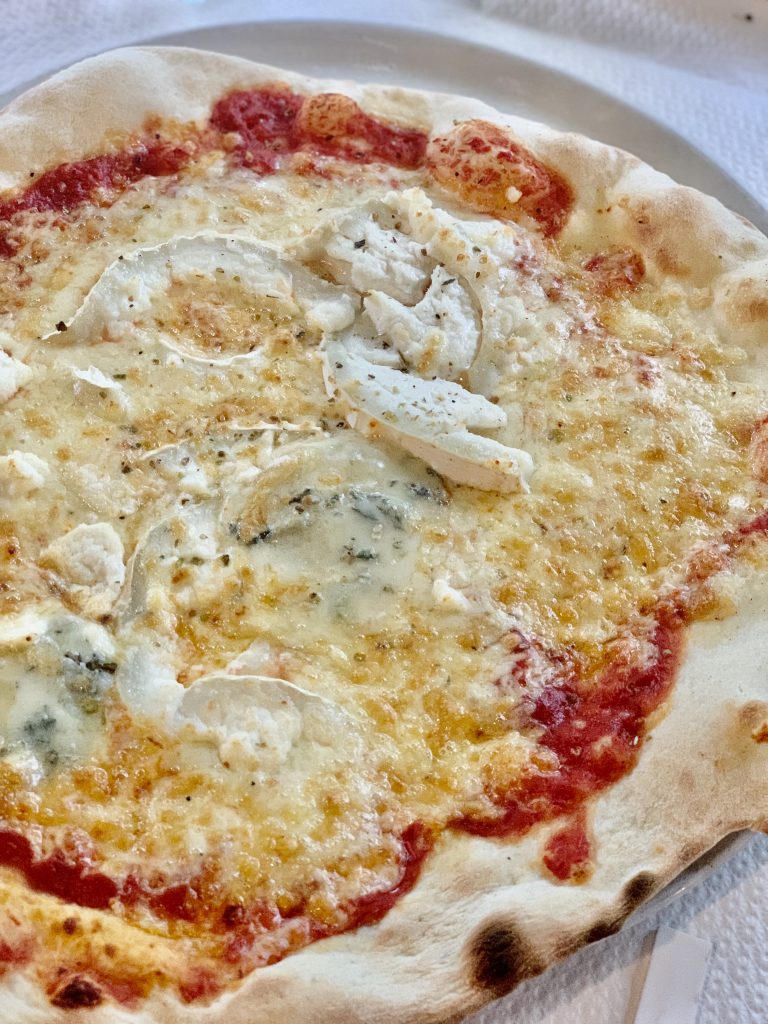 One place I do recommend visiting for the best view of Nice is from the Castle Hill. If you’re staring at the ocean, it’s to the left of you on the coastline up the hill. Long ago, there was a castle (which is now rubble), but what’s left is the most spectacular views of the city. I recommend going once during day and once at night to see the sunset. We went during the afternoon while our friends were on their bikes and were just stunned by how far you could see! All of Nice, the entire coastline and the mountains in the distance. There are several ways you can reach the top of the hill; by foot (about a 90 m stair climb), by elevator or by tram. The tram wasn’t operational while we were there so we opted for the elevator. It is totally free to visit as well which is always a plus! 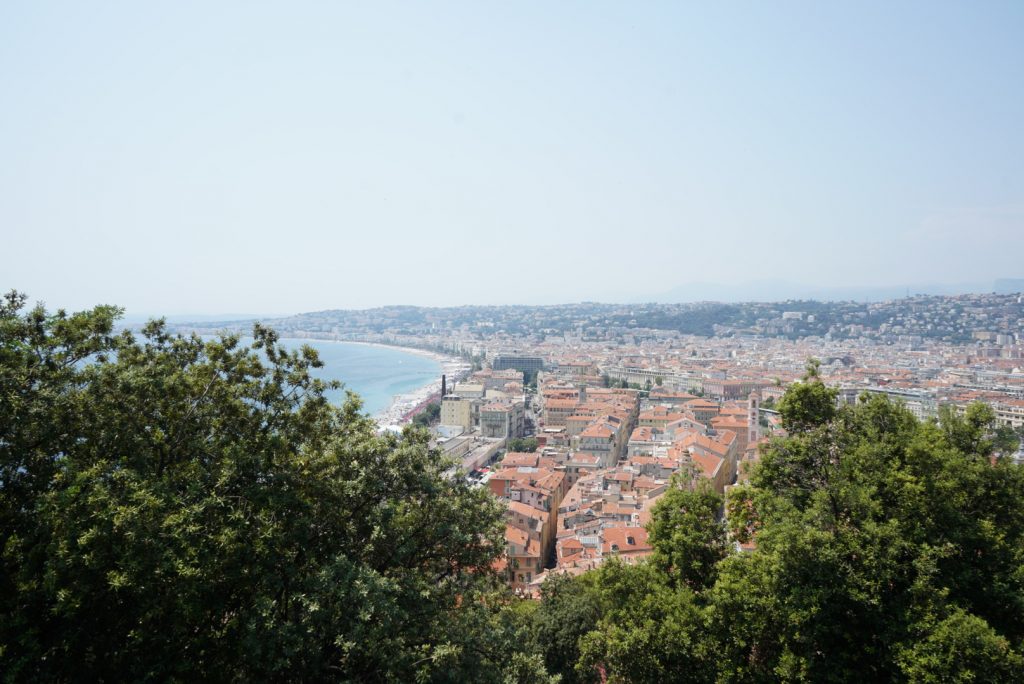 When you arrive to the top this will be your amazing view of the Bay d’Anglais! Behind you is a man made waterfall, the Cascade Dijon (I wouldn’t recommend getting in it) as well as curving stairs. The stairs bring you to different views of the city and the rubble of the old castle. It’s really a spectacular place to get your bearings of the city and see some history as well!

A couple things to keep in mind: while the elevator ride is fairly short, they’re really old elevators and can get really…I mean really hot inside. There is food and beverage for sale at the top of the hill as well if you find yourself hankering for a snack! We got some amazing gelato up there which was exactly what we were looking for. You can also walk down the backside of the hill, and see more of the historical landmarks, Old town Nice, some cemeteries and mosaics left over from long ago. If you make your way down the elevator (the same way you came up, you’ll find the #ilovenice sign pictured at the top of this blog. It’s a great little photo op and very popular! 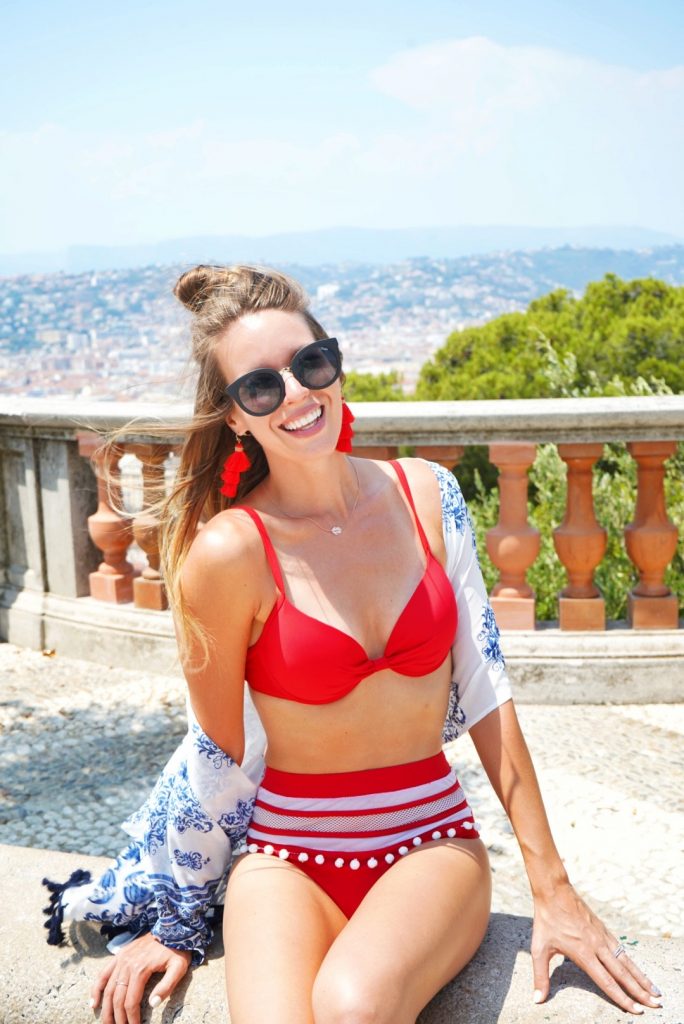 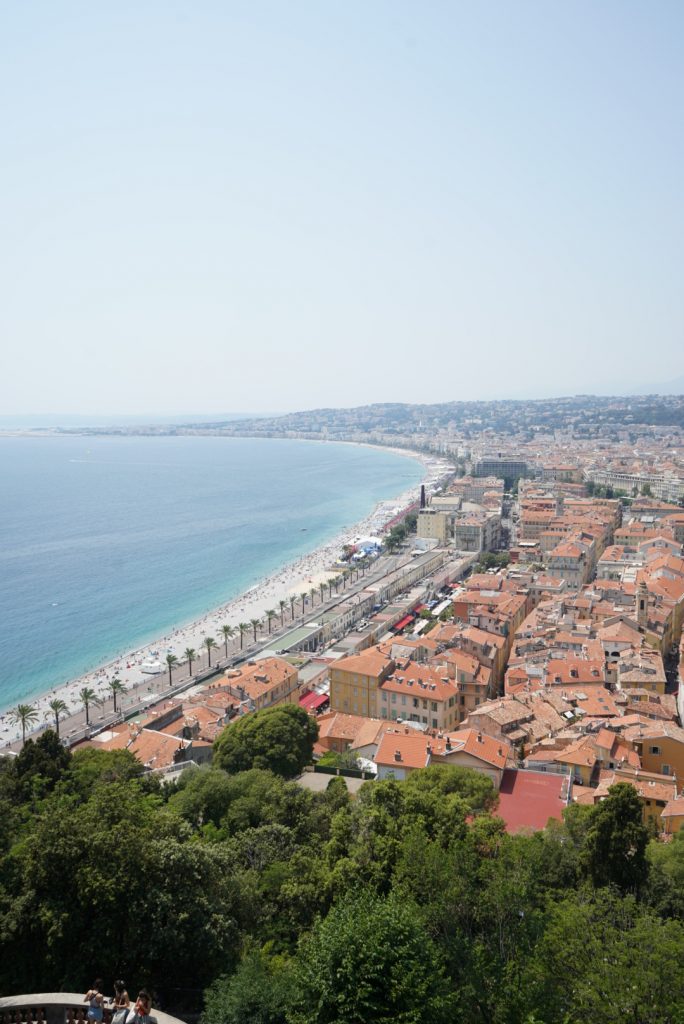 While we were only in Nice for a long weekend, we fell in love with this town on the French Cote d’Azur. It was exactly what we needed to experience the culture of France and to escape somewhere new. It meant everything to be able to watch our friends compete in one of the biggest and most rigorous human challenges around and do it all with smiles on their faces. We can’t thank everyone who had a hand in that weekend from the volunteers for the Ironman to our friends (who am I kidding they’re family) for inviting us to go on this adventure with them. #doitfortheladyballs #neverwanttoseebikesagain #pocketwaffles 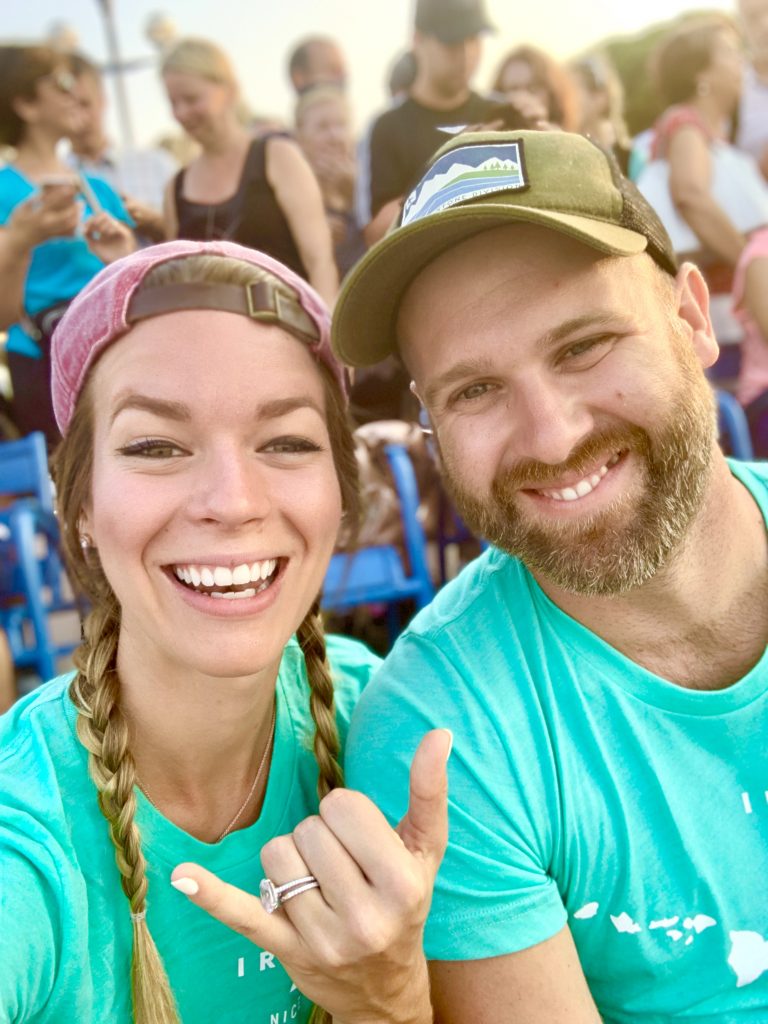 Hair || How I Curl my Stick Straight Hair 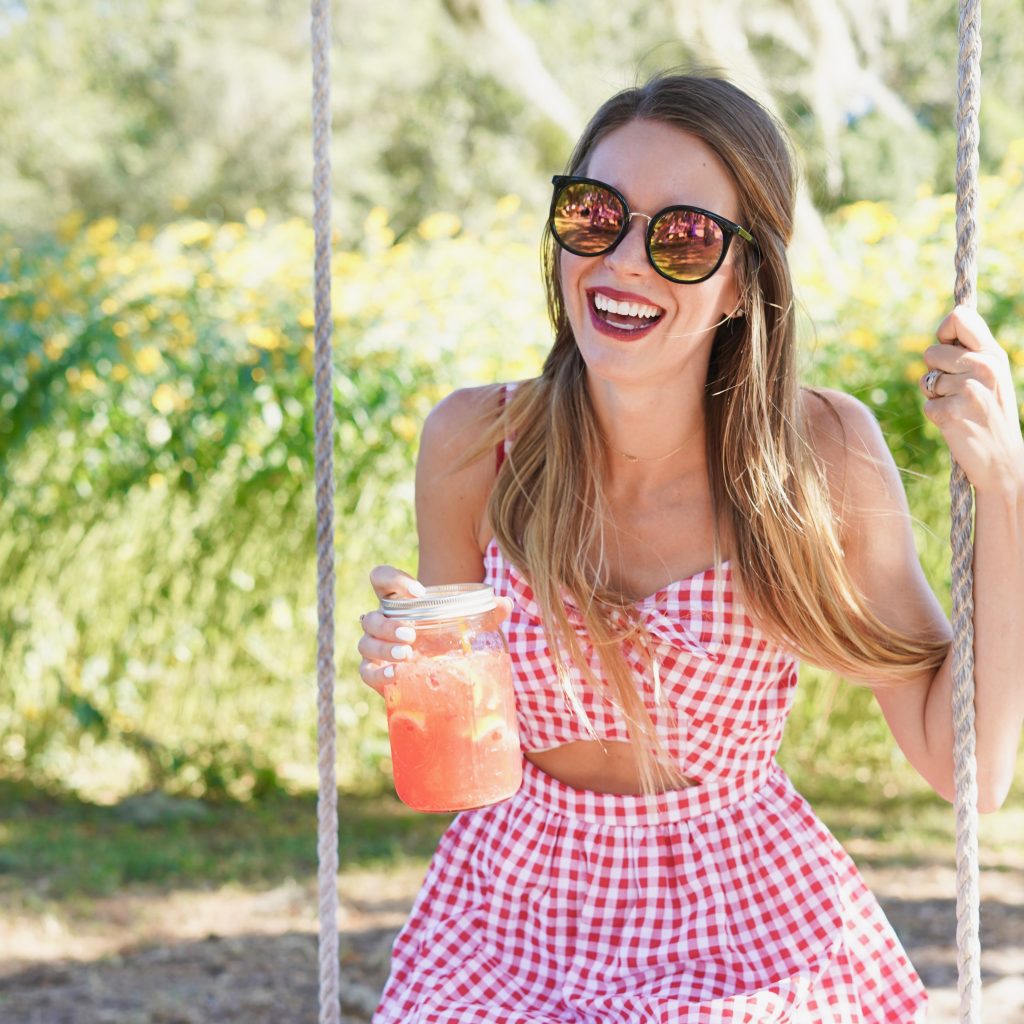